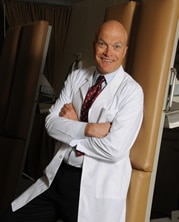 Dr. Visentin has been a singular voice in Denver Chiropractic for over twenty years. His specialization in painless, state of the art methods of natural healing has been a breakthrough to thousands. His message is a timeless one for everyone; “Nature needs no help, just no interference.”

Dr. Visentin is president and founder of the Denver Doctor’s Speakers Bureau, and is frequently on TV and radio. He urges people to take responsibility for their health and tells them how to do it naturally. He has a provocative viewpoint on health care issues, and provides a different perspective from main stream medicine… a perspective that could transform how you view the world… how you live!

I had never even heard of chiropractic, and once I found out about it, I couldn’t imagine it had value. I found the claims being made by chiropractors beyond belief. After it was explained to me, I was drawn to it. It started to make sense. I went from being the biggest skeptic to the most ardent supporter of this fascinating field. Here’s how it happened.

I'm not a medical doctor but I did attend medical school. I had a full scholarship to study medicine in Italy and went for two years, but I wasn't at all happy. I thought about leaving, but couldn't imagine what I would do with myself. I wanted to help people and loved the sciences but was totally frustrated with the Italian system. I wasn't learning as quickly as I wanted to and I didn't feel it was my fault. Every day, it was all I could do but pack my bags and return to America. Finally, I did.
Chiropractic?

My cousin Alice was concerned about me and asked about my plans. I respect her because she’s an insightful psychologist. She asked me if I’d heard of chi-ro-prac-tic? She explained to me that it is a science that specializes in the care of the spine and nervous system. She then said “You would make a great chiropractor.” I asked her “how long does that take?” She said it was an additional five academic years after college. I protested “that’s too long” she then asked the question that changed my life forever. “What are you doing in the meantime?” I had no response and began to investigate and consider chiropractic as a career.

I went to a chiropractic college and spoke with an intern there. I told him I had been studying medicine and was curious about chiropractic. He said, “This will be easy then. You understand the function of the nervous system is to control and coordinate all the organs and structures of the body”. He explained that bones in the spine could become misplaced causing interference with the nervous system, and eventually disease. He showed me a chart illustrating the spine and nervous system. He pointed out the various connections that were critical to life and health. It made total sense to me. It was the most sensible philosophy I’d ever heard of concerning health. It explained why some people get sick while others remain healthy. I was interested.

I went to the local library and took out every book about chiropractic. I finished reading a tall stack of them in less than two weeks. I was getting excited.

Finally, I piled the books on the kitchen table in front of my dad. I announced I was going to be a chiropractor, and explained to my father how chiropractic works. I asked him if he thought the body healed itself, and he admitted it was a self-healing system. I explained that doctors of chiropractic worked with these self-healing qualities to allow people to stay healthy.

He was still skeptical, and said “Whatever you do, don’t become a chiropractor”. I was just 24 years old, and wasn’t going to let him influence me. Young and rebellious I reasoned that he’d been wrong about everything else in my life, and there must be something wonderful about chiropractic. I was more determined than ever to become one. 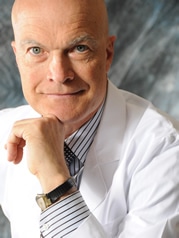 I investigated further and met with local doctors of chiropractic, one gave me something called an “adjustment”. I remember him asking me about my health, and gently placing his hands on my spine to align the vertebrae. It felt good, and I remember feeling lighter afterward.

I decided to apply to chiropractic college and chose a prestigious school with the most comprehensive curriculum. After my experience with medical school, I wanted an organized approach that would challenge me so I would become an ideal doctor for my patients.

Chiropractic college is challenging and comparable with medical training. The number of classroom hours exceeds that of an ordinary doctor particularly in the study of anatomy, radiology, and orthopedics. As I studied, I wondered what I would do with my training. It seemed excessive in many ways. Did I really have to know all that information to be a good chiropractor?

When I became a doctor of chiropractic and started to work with patients, I realized why I’d studied so hard. Over the last thirty years and having served over 18,000 patients, I’ve seen many rare disorders. Just when I think I’ve “seen it all”, a new patient comes to my center with a totally new challenge. Regardless what condition they come with, they almost always improve. The body has a phenomenal capacity to heal itself when the spine is in good alignment. As a doctor, I set the stage for this to happen. By balancing the spine, the patients’ nervous system directs the healing process.

Many of the patients who visit doctors of chiropractic have been everywhere else. They’ve taken all the pills, seen specialists, and already had surgery. Some have had multiple surgeries. They come skeptical and afraid. In spite of the challenges they enjoy good results.

You might wonder if chiropractic can help you or someone you love. You’ll never know unless you try. Chiropractic has passed the test of millions of patients for over one hundred years and the scrutiny of the most discerning.

You have nothing to lose by visiting a doctor of chiropractic. It is one of the safest and most effective healing arts. Unlike drugs, there are no side effects to quality chiropractic care. Unlike surgery it is very, very safe.

Most people notice a big change for the better during the first 2-6 weeks of care. Many notice improvement after one visit. How you may respond depends on many factors including age, length of time you’ve had the condition, rest, and how you eat.

The best reason to call for a chiropractic visit is to stay well. You could become so healthy, you don’t get sick in the first place. People who see their chiropractor regularly require fewer medications, stay out of nursing homes, and avoid surgeries. It’s a way of life that helps sick people get well, but most importantly, it keeps the well from getting sick.

CERTIFICATIONS:
From the National College of Chiropractic:

PUBLICATIONS – Dr. Visentin’s Articles have been featured in: 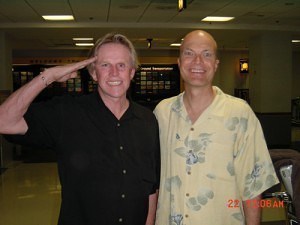 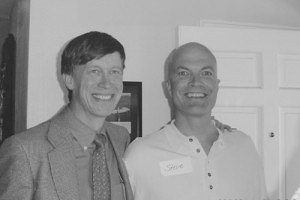 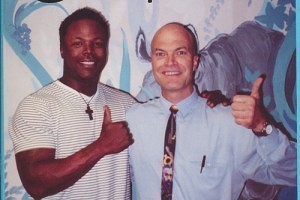 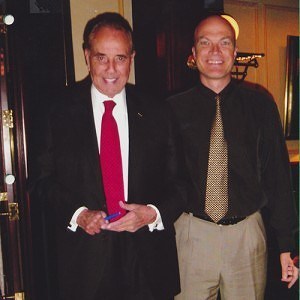 OFFICE HOURS
For Qualified Patients Only